There is a strong chance that the proposed merging of the British Antarctic Survey (BAS) with the National Oceanography Centre (NOC) is going to harm the UK’s ability to conduct climate change research. There is also a suspicion amongst many that the NOCS/BAS merger ‘consultation’ is just for show, and that the decision has already been made to merge the two institutions. It is perhaps fitting then that veteran of phony ‘democratic’ processes, former democrat presidential candidate (and Vice-President) Al Gore, has decided to weigh in with his opinion on the matter: END_OF_DOCUMENT_TOKEN_TO_BE_REPLACED

There were over 100 talks at this year’s Challenger 2012 conference. We have already covered four of the keynote lectures by Jorge Sarmiento, David Righton, Ken Buessler and Phyllis Lam. Below are summaries of some of the short talks that took place: END_OF_DOCUMENT_TOKEN_TO_BE_REPLACED 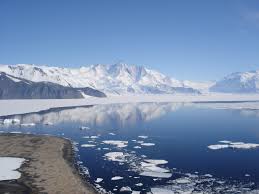